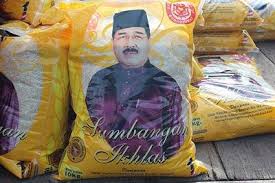 PKR leaders shot back at embattled Prime Minister Najib Razak, accusing him of hiding behind his wife and not facing up directly to corruption allegations raised against his administration and his family.

“It is sad to see that in one of the rare times that Najib actually confronts the issue of his wife, it is like he is trying to pre-empt criticism against the possibility that further graft may be involved in giving Permata more spending money and power with a new deal. But when some one shows documentary evidence that the corruption accusations against him and Rosmah are substantial enough to warrant a probe, he quickly shuts up. This is not only cowardly but unmanly,” PKR vice president Tian Chua told Malaysia Chronicle. 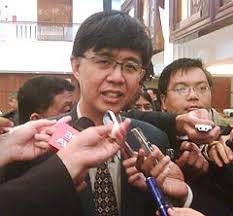 Tian, the MP for Batu, was responding to a speech Najib made on Tuesday morning, where the latter suggested that children’s welfare group Permata co-operates with the National Council of Women’s Organisations to set up more childcare centres in light of increased female participation in the workforce. His wife scandal-tainted wife Rosmah Mansor is the Permata patron.

“Forget that my wife that’s involved. Work with Permata as it is a programme that is committed to early education. But we know the opposition would belittle the idea if Permata is involved. The opposition, they are not constructive. They only know how to belittle everything,” Najib said.

Still blushing from the Palestinian boo-boo

It was also clear that Najib, who was embarrassed during his recent trip to the Middle East, had yet to recover his composure. In his speech, Najib again blamed the Malaysian Opposition led by Anwar Ibrahim for his woes.

“Even my Gaza trip was belittled. They are not constructive,” Najib had charged during his keynote address at the Women as the Nation’s Transformation Driveseminar.

However, it was not Anwar but the Palestinian President Mahmoud Abbas who publicly slammed Najib. Peeved at Najib’s neglect of his Fatah party, Mahmoud accused the Malaysian PM of attempting to interfere in Palestinan politics with deliberately divisive remarks. “This visit also serves plans to keep Jerusalem segregated from the state of Palestine which the whole world recognized on Nov 29, 2012,” Mahmoud’s office had said in a statement.

Palestine is separately ruled by the Hamas and Fatah parties in Gaza and the West Bank respectively. Hamas was elected government with Ismail Haniyeh as prime minister after the 2006 legislative polls but the international community has refused to recognise them.

On the other hand, the Palestinian president has always come from the Fatah party, including the late Yasser Aarafat.

When asked for his comments following the Palestinian rebuke, Anwar said Najib had not done his homework well and as such, blundered badly on the international diplomatic stage. “There is no problem visiting both the West Bank or Gaza… but I thought that he was unwise as he should have called on both sides first,” said Anwar.

Anwar had added that in Najib’s haste to “show off” to the Muslims in Malaysia, the latter had ended up offending the Fatah party as well as damaged Malaysia’s image by failing to show balanced and fair foreign policy. Anwar’s views were shared by his PKR colleagues.

“What has has it got to do with the Opposition here, we didn’t write his speech for him. He made a fool of himself on the international stage and this became worse when the Malaysian mainstream media tried to cover up. They should not go to the opposite extreme by declaring the visit hugely successful and Najib the new darling of the global community when in reality, it was the reverse,” said Tian.

Beleaguered first couple under fire even from own Umno party

Malaysia’s beleaguered first couple have come under red-hot fire since Najib took office as the country’s 6th prime minister some 4 years ago. His popularity has been plunging and at 63%, it is now the lowest ever held by a sitting PM. It has sparked deep concern within his Umno party, with many top leaders including Najib’s own deputy Muhyiddin Yassin allegedly seeking his ouster before the 13th general election is held.

Just a month ago, Najib had suddenly dropped off the public radar, prompting strong rumours that he had suffered a stroke due to the tremendous stress and had gone to Singapore for treatment. The illness had coincided with a slew of expose’s launched against him and his wife by controversial businessman Deepak Jaikishan.

“Najib should stop trying to excuse his way out of his own mess by lashing out at the Opposition. If he is truly innocent, he should answer to Deepak’s accusations one by one and clear the air formally and respectfully with the public. That is how a good and clean PM would behave, not utter childish remarks that the Opposition is to blame when it is he and his wife who have refused to come clean to the public,” PKR head of disciplinary committee Tan Kee Kwong told Malaysia Chronicle.

Despite Deepak having furnished copies of invoices as alleged proof he had bought Rosmah jewellery worth RM13mil to get Najib’s sanction for a Ministry of Defense privatization land deal that also involves Raja Ropiaah, the Selangor Umno Women’s chief, Najib had refused to make any response for 2 months before finally insisting that Deepak was “not a credible person”.

“It looks like your reply is the one that is ‘not credible’ while whatever i have exposed in great detail about this murder case is the truth. May I suggest that you as our ‘sitting PM’ explain the truth on SD2 to the Malaysian public and not just sit on the PM’s chair like a ‘sitting duck’! What is most important is that both you and your wife come forward now to specifically reveal the truth to the entire Malaysian public on why she instructed me to reverse the SD2 & why did the both of you instruct Dato Nazim, Tan Sri Cecil & Suresh to do this unlawful reversal of the first SD in the first place? Isn’t this because the first SD was the truth?” said Deepak.

Once part of Rosmah’s inner circle, the 40-year-old Deepak had shocked the nation when he bolstered previous allegations by a private investigator, P Balakrishnan, that the first couple were involved in some way or another in the Altantuya Shaaribuu murder. Deepak reiterated what Bala said, that it was Najib’s brother Nazim who paid Bala a huge sum of money to withdraw a statutory declaration and leave the country.

Apart from the Altantuya murder which is connected to allegations Najib accepted a RM570mil bribe for agreeing to buy 2 Scorpene submarines from French firm DCNS, Rosmah has also scandalized the nation with the alleged purchase of a RM24mil diamond ring – way beyond their means despite the cushy salaries and perks they enjoy as first couple.

Nonetheless, in defense of his wife, Najib accused the opposition of “running out of ideas” to attack his administration and had resorted to personal attacks by making Rosmah the target. Rosmah also claimed that she had become the number one target of the opposition, despite not being a politician. 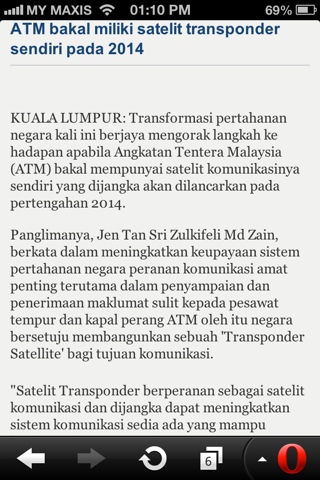